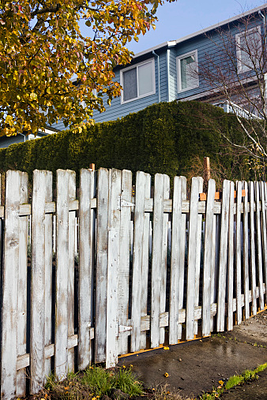 Can’t we all just get along? Most of the time, residents in the homeowners association respect the community they live in and abide by the rules. But there’s always “that guy” who for whatever reason doesn’t want to comply with an HOA rule. The good news is, there is a process in place to help an HOA board respectfully deal with a homeowner that won’t comply. Consider the scenario below.

Mr. Jones has lived in your homeowners association for 5 years. He’s been a good resident, until about 6 months ago when he got a divorce and his wife moved away. All of the sudden his yard is no longer being maintained. The grass is overgrown and brown from lack of watering, there are weeds in the flower bed, no longer any brightly colored flowers, the paint on the picket fence is peeling, and now there are trash bags on the porch that didn’t quite make it to the curb.

A fellow neighbor in the homeowners association hesitantly brings the issue to the board, knowing that Mrs. Jones was the one with the green thumb and that Mr. Jones is having a hard enough time dealing with the divorce. However, it’s time for the HOA board to take action.

Step 1:  A letter is sent to the homeowner

Step 2:  If no action is taken, a second letter is sent

If the issue hasn’t been taken care of in the given timeline, a second letter is sent that says if this issue isn’t taken care of, the homeowner will be fined according to the fine schedule. The homeowner has the right to come before the HOA board and state their case.

Step 3:  The HOA board has an attorney send a letter

If the homeowner is being stubborn, sometimes a letter from a legal, outside party prompts action more effectively. It’s important to note that the board could charge the owner for the attorney fees, depending on what the CC&Rs say.

Tip: All letters should be sent with a return receipt so the homeowner can’t claim they didn’t receive it.

The next step in the process would be taking the homeowner to small claims court to get a judgment, however, the homeowner can still refuse to comply.

Step 5:  If all else fails, go to an attorney to for recommendations

If you’ve exhausted all of the steps above, and the homeowner still refuses to comply, it has now become a legal issue and you should seek the expertise of an attorney.

More often than not the homeowner will usually comply. The homeowner was presented with and signed the CC&Rs when they moved into the association. The law requires that the rules and regulations be sent out each year, so there should be no surprises.

An HOA manager can help facilitate this process and act as the point of contact for the day to day business communications. What the Association wants is compliance – not money, not a hassle, just to keep the community safe, looking nice, and a place people want to live.