[Survey] How Bed Bugs May Be Affecting Your Homeowners Association 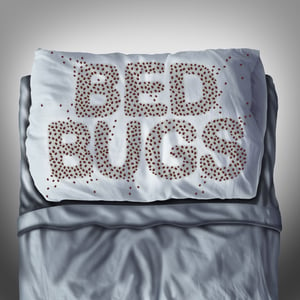 Planned Unit Developments and Condominiums with attached walls tend to have more challenges around confining issues like infestation to just one unit. Bed bugs could have a devastating impact on these communities and it’s good to be aware of just how likely these critters could affect you.

According to a survey released by the National Pest Management Association (NPMA), one in five Americans has either dealt with a bed bug infestation or knows someone who has. The survey, entitled Bed Bugs in America, shows just how this recent surge of bed bugs is affecting our lives. Here are a few highlights of the survey:

Americans who have encountered bed bugs tend to be younger, live in urban areas and rent their homes

The incidence of bed bugs is three times higher in urban areas than in rural areas due to factors such as larger population size, confined living, and increased mobility, which are conducive to the rapid spread and breeding of bed bugs.

Bed bugs are found in all 50 states

Nearly 80 percent are most concerned about encountering bed bugs at hotels; 52 percent on public transportation; 49 percent in movie theaters; 44 percent in retail stores; 40 percent in medical facilities; 36 percent in their own homes; and 32 percent equally pointed to places of employment and friends’ homes. The fear of getting bitten topped the list of concerns.

As the public’s awareness of the bed bug resurgence grows, many Americans are modifying their behaviors to minimize their risk of an infestation

The survey goes on to show that 16 percent inspected second-hand furniture they have brought into their homes, 15 percent have checked dressing rooms when trying on clothing and 29 percent have washed new clothing immediately upon bringing it home from a store.

Despite the availability of information, most Americans still have misconceptions about bed bugs

Nearly half of respondents incorrectly believe that bed bugs transmit disease. However, research conducted to date has shown that bed bugs do not transmit disease to their human victims, although some people may experience itchy, red welts. Still, 29 percent inaccurately believe bed bugs are more common among lower income households and 37 percent believe bed bugs are attracted to dirty homes. However, bed bugs do not discriminate in regard to household income and are found in both sanitary and unsanitary conditions.

3 Ways an HOA Board Can Keep the Association Safe