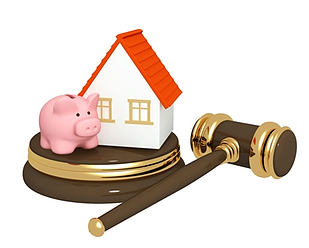 If your homeowners association Board is initiating an HOA foreclosure process, did you know that there are two different types of foreclosures?

Under California law a non-judicial process is the most common type of foreclosure. Most lenders prefer this process because of the minimal costs and faster timeframe as opposed to a judicial process. When beginning the foreclosure process an Association is required to mail a notice of foreclosure to the homeowner. The owner then has a minimum of three months to object. After this period, the HOA can sell the unit at auction. Non-judicial foreclosure in California also gives the homeowner a 90-day right of redemption period after the sale of the home, when the homeowners can try to buy it back.

On January 1, 2013 the Homeowner Bill of Rights, a new California law, went into effect. It changes some aspects of the California foreclosure process in order to better protect homeowners and would be a valuable resource for your HOA Board to read.

Be sure to determine if your state uses a judicial or non-judicial process because this will affect the process, procedures, and defenses that are raised by homeowners. It’s also important to reference your governing documents and state laws to familiarize yourself with the HOA foreclosure process that applies to your Association.