What an HOA Board Can Do to Ensure Notices are Received 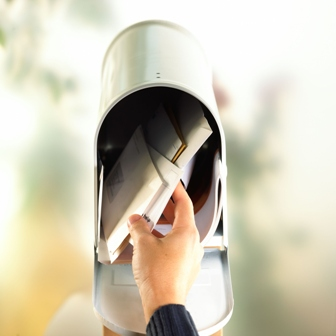 As an HOA Board member, how many times have you heard the excuse “I never got a letter” from a homeowner when attempting to collect fines or notify them about a rule violation? This is a common excuse that homeowners make, and while sometimes it does happen, HOA Board members should know about the Mailbox Rule and best practices they can do to increase the open-rate of letters.

The mail service isn’t 100% reliable, so it is possible that the homeowner never got the letter. However, more often than not, the homeowner just overlooks letters from the Association. They may not have “received” the delinquency letter because they just flat out didn’t open the mail.  If they see that it’s something from the Association they might just choose to ignore it, thinking “what I don’t know can’t hurt me.” The homeowner could also toss the letter into the “open later” pile – out of sight, out of mind – where it gets lost in the stack of bills, magazines and coupons. It’s also possible that the letter is mistaken as junk mail and tossed into the trash.

If the process of collecting the HOA fees ends up in court and the homeowner admits to throwing away mail without opening it, a judge will usually refer to the Mailbox Rule. This states that as long as the mail was addressed correctly and not returned by the post office, the law assumes that the homeowners received it. However, it’s most likely that receipt of the letter won’t be assumed.

Whatever excuse a homeowner may have arguing they didn’t receive the letter, there are best practices that an HOA Board can put into place when sending important notices: