Is Your HOA Board Saving Enough for the Reserves? 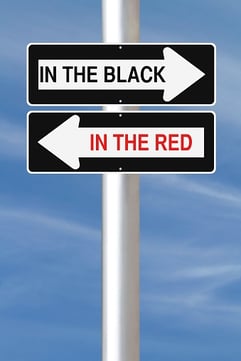 How does the reserve fund in your homeowners association look? If your fellow HOA board members tend to look the other way, not want to deal with the reserves, or simply refuse to fund them, you’re not alone. Many Associations across the country aren’t saving enough in their reserves to make major repairs which can cause a multitude of problems. The community can fall into disrepair, you may be faced with having to enforce a special assessment on homeowners, or eventually losing control of the entire Association.

Posted by: The Kansas City Star

Homeowners in Bellingham, Wash., got a jolt last fall when they learned their HOA was proposing an increase in annual dues from $832 to $1,237 to pay for much-needed repairs and regular maintenance.

Sudden Valley Community Association board members said the nearly 50 percent increase was necessary because the previous board had ignored even routine upkeep on the beleaguered property, leaving some buildings in serious disrepair.

The homeowners rejected the increase in a vote in November. But board members said the situation was so dire that if funds weren’t approved soon, they would have to start shutting things down. Homeowners ended up approving a smaller increase early this year.

Across the country, a growing number of homes associations are facing a critical problem: a lack of sufficient reserves.

A 2014 study by Association Reserves, a California company that determines whether community associations have enough to pay for major projects and repairs, found that 72 percent of HOAs are underfunded — up nearly 13 percent from 10 years ago.

Sometimes, HOA boards are just ignorant and inexperienced, but ignorance is not an excuse. The Board has the responsibility to protect, maintain, and enhance the homeowners association and a big part of that is properly funding the reserves.

If your HOA board doesn’t have know-how, make sure you’re surrounding yourself with experts who do, such as a trusted financial adviser, an attorney who specializes in common interest developments, and an HOA manager. You also want to make sure your reserve study is up to date, so you know exactly what you should be planning for.

If your Board is ready to plan well for your homeowners association, but doesn’t know where to begin, contact The Hignell Companies to start the conversation with a free HOA evaluation.