What’s So Great about Homeowners Associations? 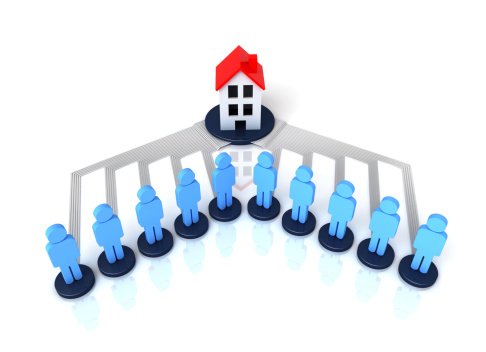 Homeowners associations offer one of the best opportunities for Americans to own their own homes. They are for the 21stcentury what land grants were in the 19thcentury, and what the New Deal and GI Bill were in the 20th. Why?

Americans have accepted, for the most part, the collective management structure of homeowner association living. Covenants and rules are no longer a new concept to most of us: renters are used to lease agreements with restrictions; single-family, detached-home owners are used to zoning ordinances and building codes. The difference is that in traditional, single-family housing, restrictions are administered by public bodies rather than by private boards.

Most Americans have accepted private governance because they understand that collective management and architectural controls protect and enhance the value of their homes.

This privatization of public services has allowed local jurisdictions to continue developing needed housing without having to increase local taxes. Instead, the developer builds the infrastructure and creates an HOA to maintain it after it’s developed.

Almost from their inception in the 1960s, condominiums have provided housing for low-to-moderate income Americans. In fact, in many areas, builders are required to include a certain percentage of affordable homes in new developments.

Also, converting rental apartments and commercial buildings into condominiums not only revitalizes many decaying neighborhoods, it’s also made ownership more affordable for those wanting to live in urban centers.

HOAs have made home ownership possible for millions of Americans partly because 21stcentury families tend to be smaller, the number of single-parent homes has increased, and more retirees are staying in their homes after retirement.

Homeowners associations also minimize social costs. Because they have mandatory covenants that require certain obligations from homeowners and the association, associations ensure that all who benefit pay their share and everyone is equally responsible. Associations have sufficient enforcement authority so that local government is seldom, if ever, needed to resolve assessment disputes. Many associations use alternative dispute resolution because it’s a faster and cheaper way to solve problems than legal action.

Many associations—especially condominiums—have greatly reduced urban sprawl. Because of their collective management and protective covenants, they are precisely what the Housing Act of 1949 intended when it called for “decent home(s) and suitable living environments.” Community associations, as alternatives to traditional single-family homes, are shining examples of free-market efficiency.

The factors that make associations great places to live are easily ignored or misunderstood. Critics prefer to look at a few sensational issues instead of the whole picture. But for many, homeowners associations are affordable, enjoyable, efficient places to live.

Topics: Living in an HOA, Member of HOA