7 Risks of Being a Self-Managed Homeowners Association 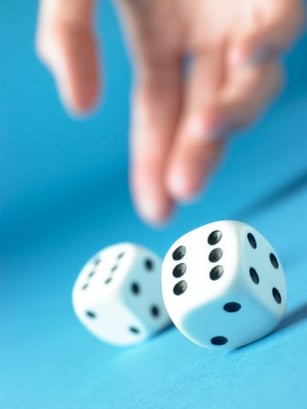 Many HOA boards think they have it all together and can easily manage the homeowners association on their own. But can they really? While there are various factors involved when it comes to whether or not a homeowners association can successfully be self-managed – such as how involved the board members are, the size of the Association, etc. – ultimately an HOA puts itself at risk if it tries to self-manage all the components that are part of the Association. Instead of rolling the dice on hoping for the best for your Association, learn what seven of those risks are and then consider where your Association stands.

Risk #1 – Incompliance with the Law

Many self-managed HOAs are breaking the law – or at least not staying compliant in some areas - and don’t even know it. For example, conducting a reserve study and annual reserve update, submitting annual disclosures, practicing accurate and ethical accounting methods, and staying up to date with changes made to the Davis-Stirling act (in California).

If your HOA doesn’t have proper insurance coverage, it leaves itself open to potential (and often inevitable) lawsuits. It’s also possible that your Association has insurance, but may be under-insured. It really doesn’t cost much to have insurance, so why would your HOA board put the Association at risk? If your HOA is self-managed, you may not know the right insurance you need or who is a reputable insurance agent that understands HOAs and can help.

Managing a homeowner’s association can be a full-time job. There’s time that needs to be spent coordinating meetings, preparing HOA board packets, collecting assessments, facilitating member requests and complains, etc. When you have volunteer board members running the show, they may have the best intentions or they may not have a clue what they need to do, resulting in an inefficiently run Association.

Risk #4 – No Accountability or Transparency

Another risk of being self-managed is that there’s often the “my way or the high way” mentality from a heavy-handed Board or member of the Board. There’s no accountability involved which makes it difficult for members of the HOA to stand up the Board and leaves no room for transparency on either side.

Risk #5 – No Advocate for Members

When members of the homeowners association feel they are being wrongly treated – such as being slapped with a fine by the Board when the member did not know it existed – there is no one to advocate for them and act as a neutral contact to remedy the situation and help both parties come to an agreement.

Often, HOA board members simply don’t know what they don’t know. Other times they simply don’t care. In either case, it’s dangerous territory and could put your Association at risk for a multitude of things, most importantly, breaking laws and not being properly covered by insurance.

For example, a homeowners association posted that there were adult-only hours at the pool because some members complained about the loud children constantly swimming. What they didn’t know is that a posting like this is against the law. An HOA manager helped them find a solution by scheduling a time for lap swimming only at the pool because most young children aren’t going to be wanting to swim laps.

Do you, as an HOA board member, want people calling you all the time? Probably not. While you could designate a member of the Board as a primary point of contact, as trustworthy as they may be you put them at risk of knowing too much and things could get messy. When you hire an HOA manager you have someone from the outside looking in who doesn’t have a personal agenda.

When you have an HOA manager you have someone from the outside looking in. They don’t have an agenda and can act as a neutral source between the Board and the HOA members.