HOA Board Voting 101: How to Start a Motion 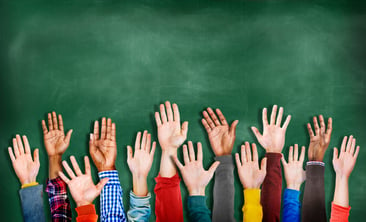 Sometimes what seems like a simple item on the agenda that will receive an overwhelming vote can end up taking the whole meeting because Board members and homeowners keep hashing out the same issue over and over again.

An HOA board should have some kind of standard procedure in place to follow at Board meetings. Some Boards choose to follow Robert’s Rules of Order, which is the recognized guide to running meetings and conferences effectively and fairly.

Boards are required to have some kind of rules, ethics, and customs in place to govern meetings – also known as Parliamentary Procedure – but shouldn’t get too caught up in being overly particular about the details.

Having a standard procedure in place will come in handy when making a motion and voting on an issue in the homeowners association.

A motion is a proposal that the HOA Board of Directors acts or takes a position on, related to a specific topic or issue in the association.

A topic can be discussed or debated at an open board meeting by a Board of Directors and the membership that is present before Board voting occurs. All membership comments should be briefly explained. Members participating in the discussion should respect any predetermined time limit for comments.

How to Make a Motion

To make a motion, a board member should wait until all other board members have finished speaking, then stand and address the Board by stating, “I move that our community...”

Once you’ve stated your motion, another HOA board member should second it so that debate and discussion on the issue can conclude. If no one seconds it, your motion will not be considered.

Once it’s seconded, the Board President should announce the motion in full to the present membership, make sure that the Secretary has a moment to accurately write it in the meeting minutes, and finally the President should call for a vote of the Directors.

Don’t forget that Boards are obligated to keep minutes of their board and membership meetings, and that minutes are the official record of the proceedings of an organization. They are also free to be reviewed by all owners of record within an association.

Try to have the minutes be as clear and to the point as possible, especially when clarifying a Board member motion that was just made. Your association manager can help you with the protocol of running a meeting and with the preparation of the minutes.

If a meeting is planned out, carried out according to that plan, conducted in a proper setting, and both Board Members and homeowners are respected and feel understood, then your next Board Meeting should be both efficient and effective.