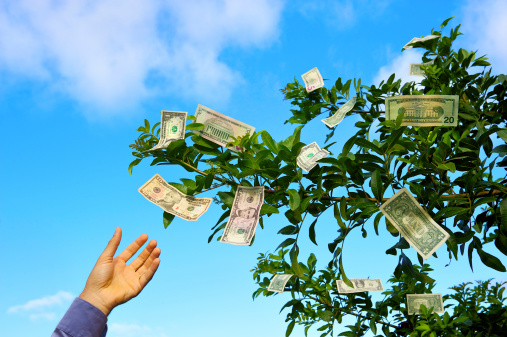 It’s inevitable – someday you’re going to be faced with a project in your homeowners association that has to get done with the funds that just aren’t there. Since money doesn't grow on trees, what’s an HOA board member to do? It can be a tough spot to be in, but depending on what the project is and how much money you need, you do have options. Remember, it’s the board’s responsibility to protect, maintain and enhance the Association.

Repair projects – This would be more than every day maintenance that assessments would be used for. For example, let’s say you were repairing the roof of the Clubhouse and you discovered it was full of dry rot. Once you got a full scope of the problem, you realized it was larger than anticipated and would need to be taken care of immediately.

Emergency projects – You just can’t predict when a fierce storm is going to fall trees on a building, a major earthquake is going to crack the sidewalks, or an unseasonal freeze bursts the pipes.

Add-Ons – Let’s say the membership voted for a better clubhouse or tennis courts to be built to make the community more desirable. This would definitely be an extra, unplanned-for project.

New laws – It’s not unusual for a law to be passed that makes some aspect in the homeowners association suddenly uncompliant, and require action to make the necessary changes.

The HOA board should wisely do whatever needs to be done to preserve and protect the property and community.

Options for finding the funds to do an unforeseen project

The legislature gives fiduciary responsibility to the board. The law says an HOA board has the authority to raise assessments by 20% without the vote of the membership. The board could do this every year if it wanted to, which means, a lot of money could be raised over time.

3.  Borrow from the reserves

A healthy homeowners association has a reserve fund. The HOA board has the option to vote and take money from the reserves to put toward a project; however it’s required by law that a repayment plan is put in place to replenish the reserves. If a board borrows from the reserves, it’s typically done for smaller dollar items.

This option is becoming more common among homeowners associations. Oftentimes bad decisions have been made, things have deteriorated faster than predicted, or for whatever reason all the money for a project is needed at once.

Taking out a loan is good for larger projects. The decision to do so requires a vote of the membership. Since it’s often done in conjunction with raising the assessments it’s a good idea for the HOA board to have a “campaign” in place to gain favor from the membership.

In the end, it’s a good way to go because it allows the project to be done now, instead of waiting for the funds to come in and allowing the problem to possibly get worse.

How an HOA manager can help

Coming up with the funding for a project that can't be ignored in the HOA can be a cumbersome undertaking, especially if you have limited time and knowledge. An HOA manager can help by taking the workload off of the board and guiding board members through the process. An experienced manager has probably been through something like this before and won’t have to reinvent the wheel because they already have the knowledge and expertise.