The Importance of Hiring Licensed Contractors for Your Homeowners Association 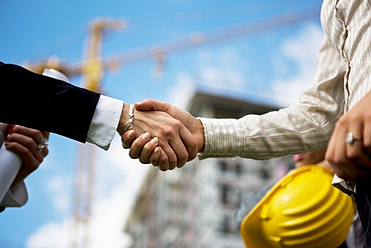 Why Would an HOA Board Even Consider Unlicensed Contractors?

The general reason for hiring an unlicensed contractor to do work is because they are generally cheaper than licensed ones. These contractors don't pay licensing fees, pay bonds to protect their work and generally don't have liability or worker's compensation insurance. Their cheaper rates may not provide the Association with the best value for the money and may cost tons of dollars in the long run.

A license ensures at least a minimal amount of competence in a contractor's field. This does not mean that any particular contractor will be the best at what they do but it does guarantee at least some level of proficiency.

The licensed contractor provides an avenue of grievance in case something goes wrong. If a dispute arises, an arbitration proceeding can commence. This vehicle for solving an issue is generally much less time consuming and cheaper than litigation.

The state will have a database that shows complaints filed against a licensed contractor. This data can be searched and information can be obtained to show if the contractor is competent or not. The data will also show if a contractor has ever lost his license or been sanctioned.

Building and renovation projects generally require city, county or state permits to do the work. Unlicensed contractors may not obtain these permits leaving the homeowners association liable for any damages.

Protection from Injury to Contractor and Workers

If other parties are damaged by actions of an unlicensed contractor whoever hired the contractor is liable for the damages. If the homeowners association is the hiring party they will be responsible for the contractor's actions during his employment.