Tips for Addressing Open Comments at HOA Board Meetings 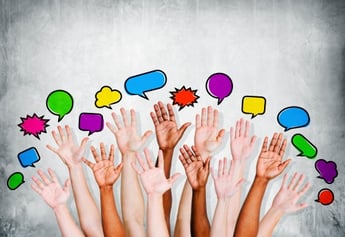 It’s required by law that time be set aside at each HOA board meeting for members to address the Board. This time for open comments allows members to have a voice about issues in the Association; however it’s important to understand what can and cannot be done during this time.

First and foremost, members must understand that the Board cannot discuss or take action on an item if it isn’t on the agenda. It can ask if there is anything members would like the Board to consider, but then the response must be “we will collect information and get back to you, the item will be agendized at the next Board meeting."

Members want answers right away, but the Board is under no obligation to give them. In fact, it’s the law that an issue cannot be discussed if it isn’t on the agenda.

It can be difficult for HOA board members to simply say “thank you for your input” during the open comments time at meetings because they feel pressure from the audience to give an answer or provide a solution on the spot.

Members will often come demanding an answer and get frustrated when they realize they won’t get one. On the flipside, it can be hard for board members to not address the issue at hand because they typically care more about being liked by members than acting in a professional and business-like manner.

Regardless, the Board will have to stand its ground and emphasize it is not going to give an answer at that time. The primary reason for this is to diffuse any arguments that inevitably happen when people become heated and angry.

A homeowners association in California was considering removing a marshy part of the lawn in a common area park. The rumor mill took hold and members became angry because they thought no one was going to be able to use the park any longer.

This wasn’t the case, but the item wasn’t on the agenda. An appropriate response from the HOA board would be: "Thank you for coming. It’s important we hear from you. Here’s the issue, we have not taken any action, and would like your input. What ideas do you have?”

Then the issue can be researched and put on the next meeting’s agenda for discussion and action.

When to address open comments

The law doesn’t dictate if the time for open comments should be at the beginning or end of the Board meeting. It’s up to the Board to determine what works best for the homeowners association.

If the time for open comments is at the beginning, the Board serves the members first by letting them share their issues and then allowing them to leave.

If it’s at the end, often members will become restless or even leave if the meeting is running long. The issue doesn’t get mentioned and you risk it brewing in the members until they boil over.

Either way, it’s not a democratic process. It’s a formal Board meeting, and people are being allowed to speak, express their concerns, and give their input.

Some homeowners associations have members fill out a slip with the issue they’d like to talk about summing up the main information.

A best practice used by many HOA boards is to limit the amount of time each member has to speak. If a hot-button issue is brought up, and there are 50 people present, a 3 to 5-minute time limit would probably suffice.

A Board will need a strong leader to enforce these parameters. It’s also crucial that members don’t get involved in a debate because you can’t come to a conclusion since it’s not an agendized item.

Bonus Tip: If you notice a few of the same people consistently participate in the open comments time and ask good questions, encourage them to run for the Board so they can have an even bigger impact on their homeowners association.