What Percentage of Reserve Funding is Considered Healthy for an HOA? 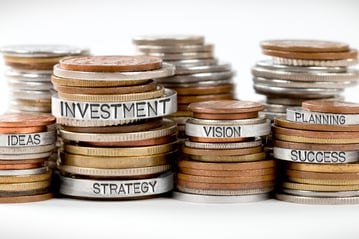 There are differing viewpoints when it comes to percentage funding of the reserves. Just going on percent funded can be misleading because that number fluctuates over time and is different for each homeowner’s association. In any given year, depending on the association’s expenses and so forth, the percent funded can be less, and then it will increase again. You could be at a lower percentage that was built in for planned repairs, for example. But you could also be at 100% funded and still be faced with an unexpected project or occurrence looming around the corner.

If you are faced with an unexpected project and don’t want to deplete your reserves, there are options.

The law says an HOA board has the authority to raise assessments by 20% without the vote of the membership. The board could do this every year if it wanted to, which means, a lot of money could be raised over time.

3.  Borrow from the reserves

The HOA board has the option to vote and take money from the reserves to put toward a project; however it’s required by law that a repayment plan is put in place to replenish the reserves. If a board borrows from the reserves, it’s typically done for smaller dollar items.

This option is becoming more common among homeowners associations. Oftentimes bad decisions have been made, things have deteriorated faster than predicted, or for whatever reason all the money for a project is needed at once. Taking out a loan is good for larger projects.

It’s important to remember that percent funded is at a point in time and doesn't give the whole picture. If you look at your reserve funding plan and you continue to fund according to that plan, then you'll be safer by doing that than just looking at the percent funded figure.

Ideally, the HOA wants to have a 100% funded reserve meaning that it has enough money to cover all anticipated costs. However, having at least 70% is a good start. Less than that and the HOA runs the risk of having to implement special assessments or raise association fees to cover costs. This can be a burden on homeowners.

As a best practice, a reserve fund is considered at a healthy level when it’s determined by the reserve specialist and reserve study for your specific association.