What the HOA Board Should Know About Making Association Rules 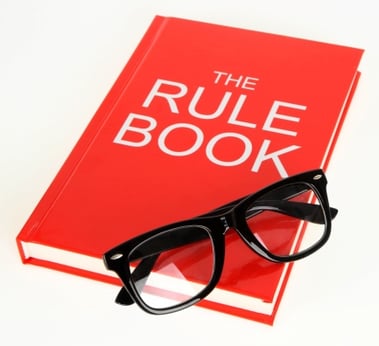 When thinking of rules within a California Homeowners Association, what comes to mind are the few but chronic rule breakers that somehow find their way into some associations, and how nice it might be to have a spell to bring about compliance in the HOA community.

Architectural Guidelines, Election Rules, and other adopted Rules and Regulations. These are documents that the HOA Board of Directors can adopt apart from a vote of the membership as long as the CC&Rs grant the Board the authority to make and enforce rules. Rules are not recorded at either the county or state level, but are approved and kept within the homeowners association.

These guidelines deal with issues from building a new home to making any outside changes in appearance to an existing home or landscaping. Although these guidelines are often incorporated into the CC&Rs with certain enforcement procedures for the Board, some associations also have specific architectural rules that go beyond the CC&Rs.

These tie in with your other documents, but give more detail in how the homeowners association will run elections. Because of somewhat recent laws, all associations should have election rules. Consult your lawyer or an HOA manager in creating these rules if you do not yet have them.

These can address a variety of issues from picking up after your dog, use of the pool, parking, etc...and should be accompanied with a schedule of fines for rule violations.

Important things to know and understand about making rules for your community:

Finally, it’s important to find balance in your rules and enforcement somewhere between a ‘military – hyper-rule’ community and a  'no enforcement’ community. You have to let people live. There should be and emphasis on reasonable rules. The goal of rules should not be to make money for the homeowners association, but to encourage compliance with the rules for the greater benefit of the community as a whole.