Why Do We Have HOA Rules? 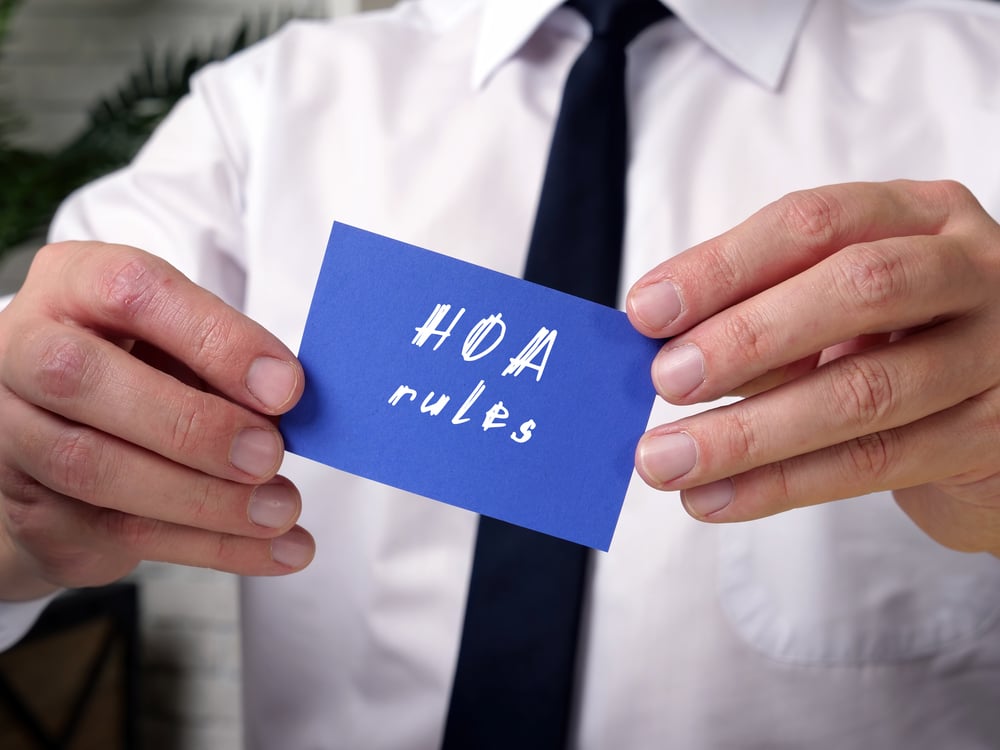 Most people who live in a homeowner’s association know that there are certain rules to follow. There are many reasons why people might ask why we have HOA rules. You may have chosen to live in an HOA because the rules there make you feel safer and increase property values. You may have just agreed to the rules because you found your ideal home at the time and the rules came with the neighborhood. You may also be on the opposite end of the spectrum and be wondering why we even bother having HOA rules when no one in the association seems to follow them – or enforce them.

Homeowner’s associations have rules for the following reasons:

However, the reality is:

A story about playing favorites

An HOA manager was doing a walk through with the board of a beautiful tree covered property to make a list of things that needed to be taken care of. They were making notes of owners who hadn’t cleared the leaves off of their roofs. As the manager was noting one particular house to add to the list, the board members on the walkthrough said, “oh no, we don’t need to add that house, that’s the board president's.” A member of the HOA – and especially the board president – should not be exempt from the rules!

Rule violations can fall into two main categories in a homeowner's association:

These violations are typically one-time incidents that can be easily resolved. For example, your neighbor had a loud New Year’s Eve party, but it was New Year’s Eve so they were warned of the HOA rule regarding the noise curfew. Other examples include:

These can include some of the examples above if they don’t get resolved. For example, you thought your neighbor liked to celebrate New Year’s Eve but turns out they like to celebrate every major holiday with a loud party that lasts well into the night. Other common repeated violations include:

So, what do you do about both types of rule violations?

The homeowner's association needs a documented process, especially when it comes to using fines for rule enforcement. That way there is a process in place for how violations are being handled, that everyone is following. A documented process also gives the HOA board and manager the ability to enforce rules consistently.

Written procedures – You need an escalation process that includes steps to take when someone violates a rule. For example, they receive a letter warning before an actual fine.

Written policy – this details out what you can and cannot do when it comes to following the procedures. For example, if someone violates a rule, a letter must be sent within a week of the violation as opposed to waiting for two months after the fact.

When it comes to enforcing rules in your homeowner’s association, there are two important things to remember: ignorance is not an excuse and consistency is key. When they move into the HOA, all homeowners sign a copy of the governing documents that include the rules. Then, it’s up to the board and manager to enforce them fairly and consistently.