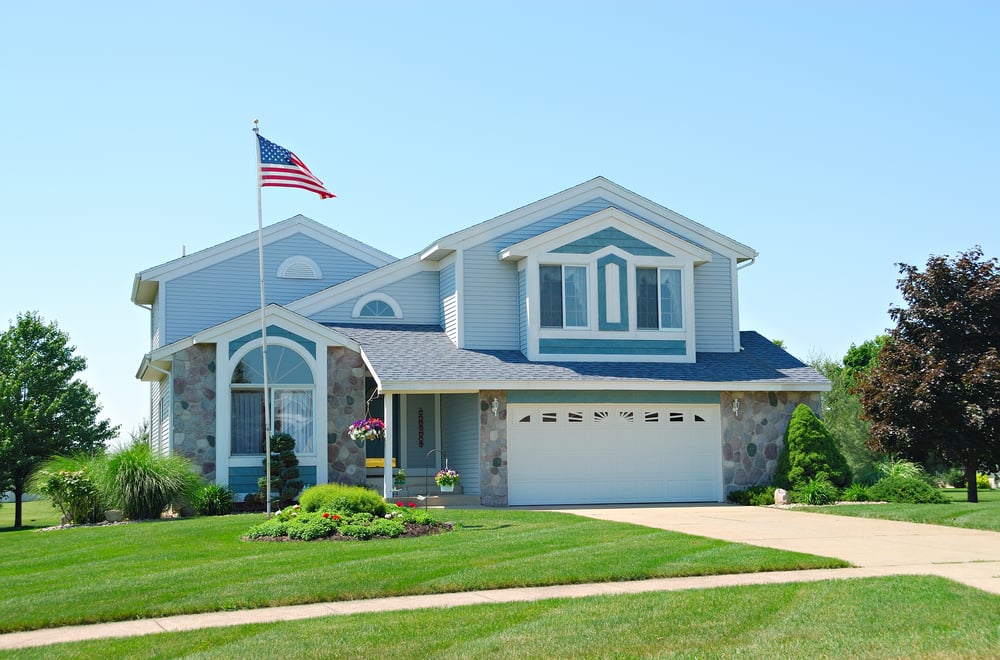 One of the hottest topics when it comes to HOA rules has to do with displaying the American flag. Typically, the issue isn’t whether the flag can be displayed – your right to display the American flag is protected by Federal law – but rather how the flag is being displayed. And it’s this issue that has a homeowner in Alabama determined to keep her flagpole in the ground. Check out the following news story.

An Alabama woman is defying her Homeowners Association by refusing to take down a recently installed flag pole displaying the American and Army flags.

Dr. Jill Hudnell explained on "Fox & Friends" Thursday that she tried to go through the proper channels to get approval for the flag pole about six weeks ago, but the HOA never returned her phone calls or messages.

After moving forward with the flag display, she then received a letter from the HOA saying, "No flagpoles other than those mounted on the home or no longer than four feet are permitted. Immediately upon receipt of this notice, please remove the flagpole."

"No," Hudnell responded. "This is going to stay right where it's at because my family is military, and this is a representation of how I feel about their service."

What's really going on in this scenario?

There are multiple issues at play here. Let’s discuss in more detail.

The homeowner claimed that she tried going through the proper channels, but that the HOA refused to return phone calls or messages. She then decided to do whatever she wanted by moving forward to install the flagpole, even though she knew she needed permission by the HOA.

She felt that because her family has a history of dignified military service, she is entitled to display the flag however she wants to. But this isn’t an issue of patriotism – the HOA doesn’t have a problem with displaying the American flag – it has a problem with the flagpole in the yard because it violates the HOA rules.

Once the flagpole was installed and noticed, the HOA sent a letter to the homeowner that stated:

“No flag poles, other than those mounted on the home and no longer than 4 feet, are permitted. Immediately up receipt of this notice, please remove the flag pole…”(Lake Forest HOA Aug 29)

The HOA claims they sent an email to the homeowners saying they received her request regarding the flagpole and that it could take up to 30 days for them to respond for approval.

The homeowner claimed the letter to remove the flagpole was a month and two weeks late. In other words, she’d waited long enough and decided to move forward with the flagpole.

While the HOA declined to discuss personal homeowner matters, it released a statement that said:

“To be clear, the Covenants specify flag poles, NOT flags. The Covenants do not prohibit residents from flying the flag at any time. Homeowners must submit a written request using the Lake Forest ARC form, which is then reviewed by the Architectural Review Committee…the ARC has 30 days to review the request after it is submitted.”

Did the homeowner submit the request property to the ARC in a timely manner? We don’t know for sure, but there are a few takeaways that are good reminders for all members of a homeowners association.

7 takeaways we can learn from this scenario:

It's unclear in the article if the HOA was using an HOA management company. But hiring an HOA manager can help avoid a dispute like this by communicating with homeowners in a timely manner, enforcing HOA rules, and assisting with legal matters.

Again, the issue isn’t about patriotism, but adhering to an agreement that was made when the homeowner moved into the HOA. Whether she chose to read and understand the governing documents or not, as a member of the HOA she is still bound to follow them.