Responsibilities an HOA Board Can't Delegate to a Manager 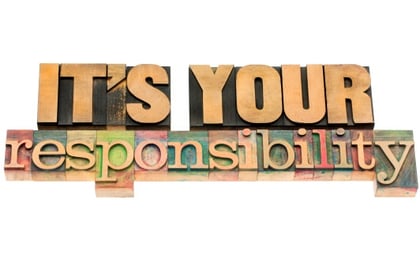 The most important thing a Board needs to know is that it cannot give away the authority to make decisions. The manager is an integral part of a homeowners association, but there are some things the HOA board is ultimately responsible for and can’t delegate to a manager.

When it comes to policy development, only the Board can develop and change policies, within the context of the CC&Rs, and as long as they don’t go against the law.

Typically, the Board will set up a budget committee consisting of the treasurer, a reserve specialist, the manager, and a few homeowners. The committee is given the ability to create the budget. It’s the Board’s job to approve the final budget. It’s required by law to review and approve financials on a minimum of a quarterly basis.

When there is a capital expenditure, such as replacing roofs in the community, the Board will usually direct the manager to get bids, go through a certain company, etc. - but the Board has the final say. The manager’s job is to do the research, catch red flags (such as low bids) and organize the process.

A Board can create a parameter within the context of the CC&Rs, and then delegate the job to the manager without having to give approval each time. For example, if the Association’s architectural committee is responsible for approving the roofing of the homes in the community.

The CC&Rs may say to replace the roofs with similar material, but wood shingles are obsolete now, tile is too heavy, etc., then the architectural committee can come up with a comp that complements the neighborhood. Then the manager can proceed accordingly each time a new roof needs replacing, without having to go through the design review approval process for each home.

If the HOA board is suing or being sued, it can select people – like a lawyer or the manager – to give direction and input, but ultimately the Board has to make the final decisions regarding the outcome, settlement, etc. This can be both time consuming and frustrating. The manager will act as more of a facilitator.

There was a case at a homeowners association where a unit was deemed inhabitable due to water damage. The water proofing solution the original contractor had used was a piece of plastic; nothing suitable like a French drain.  The Association’s lawyer recommended seeking the expertise of an architect specific to that issue.

Another item that was found as a result of this was that there was no paper behind the stucco. It was made up of too much sand and not enough cement. The HOA board decided to sue the developer. The Association was successful in its lawsuit and the issues were fixed.

As is often the case, the settlement wasn’t enough to fully fund the fix, therefore a special assessment was issued. It resulted in a win-win for everyone involved because the issue was corrected, there were good people helping to solve the problems, and a trusted construction company was hired to perform the work.

This is a good example of decisions the Board had to make – what they were going to do and how they were going to do it. At this point  it was able to delegate responsibilities to a manager such as getting bids, working with the lawyer, overseeing the construction, and keeping an open line of communication with homeowners.

When an HOA board and a manager can work together, more gets accomplished, wiser decisions are made, and the community runs much smoother.