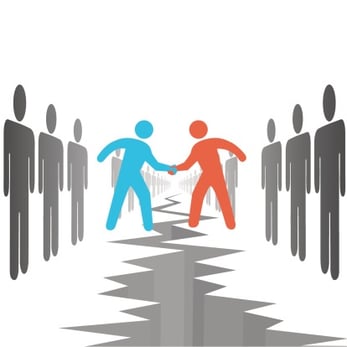 A homeowners association and its members disagree from time to time. When there's a dispute, the HOA board must provide the homeowner an opportunity to meet and confer with the board. Members must be provided with a fair, reasonable and expeditious procedure for resolving disputes with the Association without being charged a fee. The process is referred to as "Internal Dispute Resolution" (IDR).

The board will appoint one, possibly two board members, to meet with the homeowner in an effort to resolve the issue. The homeowner can refuse to meet but the board cannot. The parties can choose to have legal counsel present, but at their own expense. If an agreement can be reached it's put into writing and signed by the homeowner and the board member appointed.

When the IDR process does not work, the HOA board attempts to resolve problems by using a three-step, problem-solving approach called alternative dispute resolution (ADR). It’s an effective and money-saving non-judicial alternative; the three steps are negotiation, mediation and arbitration.

In negotiation, the board and homeowner identify the issues, educate each other about their needs and interests, brainstorm settlement options, and hammer out final terms. It’s an informal, cooperative process in which we can focus objectively on our interests.

Because negotiation is informal, it requires the least amount of time and expense. When reasonable people engage in honest negotiation, this is the only step needed. But, in those unfortunate situations where a solution can’t be found, the second step is mediation.

In mediation, a neutral, trained mediator resolves conflict between two or more parties - in this case, the HOA Board and the homeowner. Mediation is collaborative, but it does require a little more time and money. It tends to preserve relationships because the people involved create their own settlement agreements, which are not legally binding unless everyone agrees to formalize them. If mediation doesn’t work, there’s still one more step to take before we all head off to court—arbitration.

Arbitration is a formal process that can require considerable time and money—but usually less than lawsuits, which motivates the parties to resolve disputes before they reach the final step.

Arbitrators are usually highly trained legal experts who render final, legal decisions based on evidence and testimony. Only under limited circumstances can the arbitrator’s decision be appealed to the courts.

HOA boards subscribe to ADR to conserve the Association’s resources. Clearly, the more steps taken, the more we have to pay. Fees for negotiators, mediators or arbitrators would be paid out of everyone’s pocket—in the form of assessments—and you would rather avoid that whenever possible.

It’s important for both the Board of Directors and the homeowners to understand these processes. The homeowners association is required to annually notify all owners of the IDR/ADR process for the Association. This is usually included in the Annual Policy Statement.\